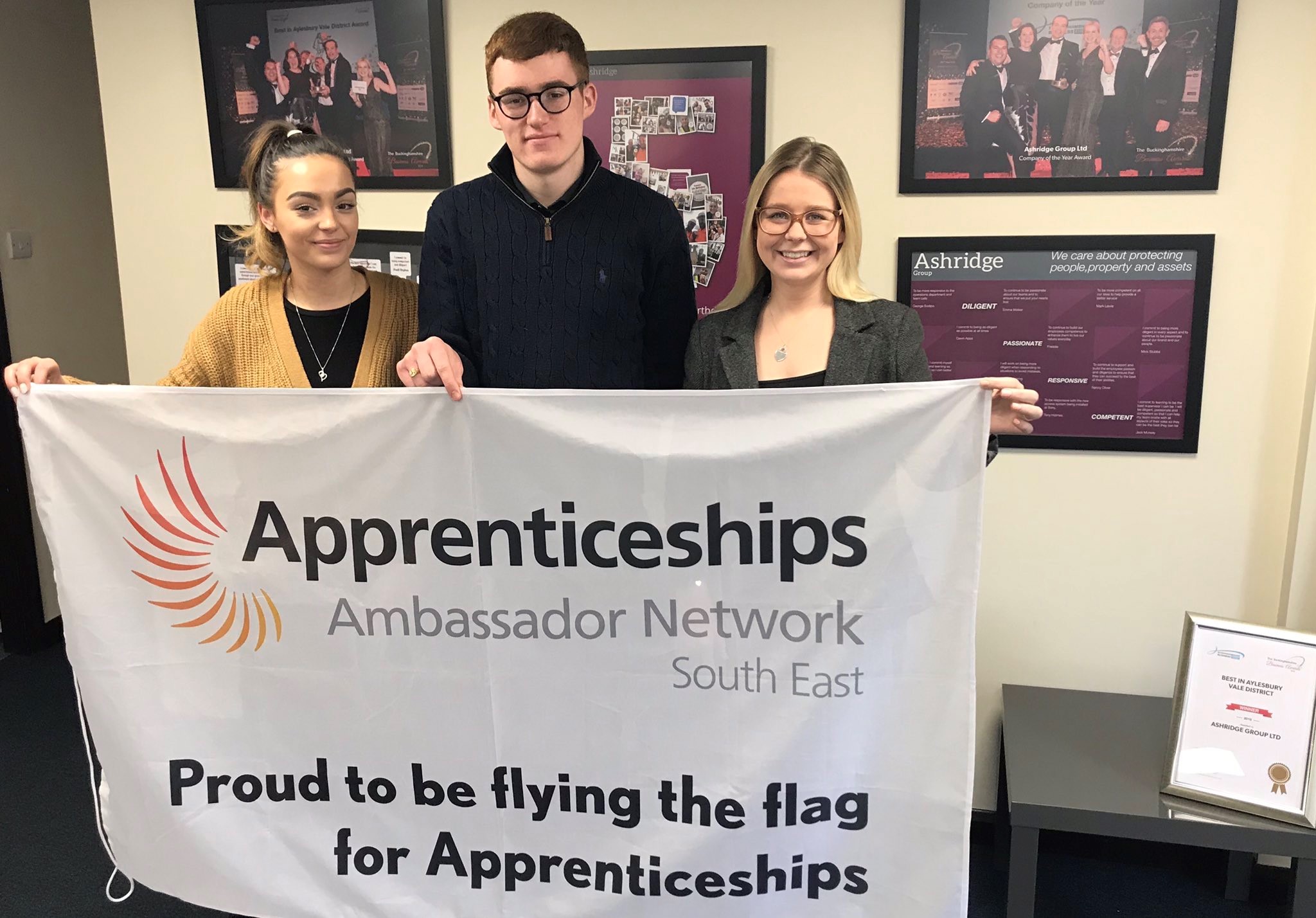 The Buckinghamshire Business Awards Company of the Year 2018 has maintained its commitment to local apprenticeship opportunities and has recently appointed a new apprentice in administration.

Shanice Nabi has joined Ashridge Group as part of an arrangement with Milton Keynes College, with which the company has been partnering for a number of years. “I first came across Ashridge Group on the national government apprenticeship website, where the position of Business Administration Apprentice caught my attention” she said. “I particularly liked the idea of working for a company that has won business company of the year.

Since starting with Ashridge Group, I have been enthusiastic about coming to work every day. I enjoy being part of such an incredible team who are willing to guide and support me in completing tasks to a high standard. Assisting the Human Resources department has deepened my experience of the business and I have really enjoyed learning and developing in my role”.

Last year, Isaac Richmond, also from Milton Keynes College, joined Ashridge Group. Isaac was appointed as an apprentice in the facilities management specialists accounts department and, over the past number of months, has covered a variety of Accounts Assistant tasks. Most recently, Isaac has joined the Young Apprenticeship Ambassador Network (YAAN) and has been attending associated training classes at New Buckinghamshire University in High Wycombe. Ashridge Group initially suggested the programme to Isaac, which helps develop individuals’ skills, and now Shanice has been inspired to join as well.

Ashridge Group is currently working with Buckinghamshire Business First (BBF) to support the promotion of apprenticeships across the county. As the company continues to expand, it  is looking to build on the value of its ‘people first’ ethos, which focuses on prioritising its own employees’ needs to deliver customer service excellence. It has remained imperative therefore that the apprentices chosen to join the company reflect and embrace the company’s values of Diligence, Passion, Competence and Responsiveness.

Nancy Oliver joined Ashridge Group three years ago, initially on a work experience placement, and has since worked her way up to the role of HR Manager. Most recently, Nancy has been working to encourage young people to think about apprenticeships as an alternative route to University. This has included speaking about her own experiences at local schools including Misbourne School near High Wycombe and Cottesloe School in Wing. In addition, Nancy and Isaac recently spoke to the Young Apprenticeship Ambassador Network, in order to share their positive stories with a group of teachers aiming to inspire the next generation.

Nancy played a pivotal role in both Shanice and Isaac’s appointments, she said, “ I am a true believer that apprenticeships provide fantastic experience of the working world and allow those interested to hit the ground running, with a chance to gain the skills and knowledge required to succeed. Since working with both Isaac and Shanice, I have noticed a fantastic change in both their ways of working. They have a positive influence on the team and I am really excited to see what the future has to bring for both of them. I would like to thank them both for their hard work and enthusiasm but to also wish them the best of luck as they continue on an exciting journey with us”.

Based in Aylesbury, Ashridge Group provides services and consultancy to sectors as diverse as corporates, live entertainment venues, rail and critical national infrastructure. Championing a people-oriented approach to business development, the company also looks to develop partnerships with other suppliers in the county as part of its aim to support the growth of the local economy.

WHO ARE LINDENGATE AND WHAT DO THEY DO? Lindengate is located on a stunning five-acre…

Ashridge Group are delighted to announce two new partnerships as we enter 2020. We have…